The Hyde Station is 2 km from the township of Hyde and still contains some of the original stock wagons. 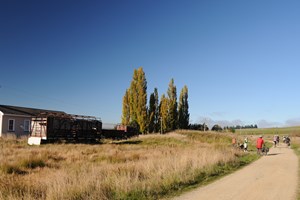 Past the Hyde Station is ‘Straw Cutting’ the site of the fatal Hyde railway disaster that occurred on June 4th 1943. 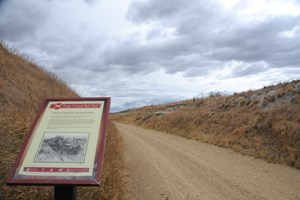 The memorial cairn to the 21 people killed in the Hyde railway tragedy of 4 June 1943. The location of the cairn is about 500 metres south of the site of the tragedy. 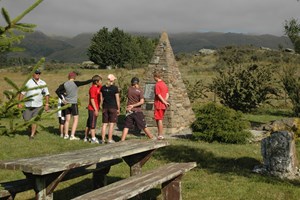 The last substantial bridge you will cross is over ‘Five Mile Creek’. 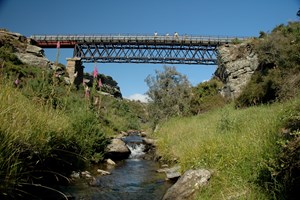 The majestic Rock and Pillar mountains are to the nor-west with the Taieri Ridge to the south-east. 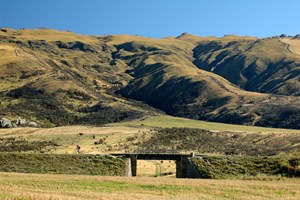