The historic Golden Progress Mine may be visited by turning off the trail and following Reef Road, which is clearly sign-posted from the trail. Note that the mine is normally closed to the public in spring time due to lambing. 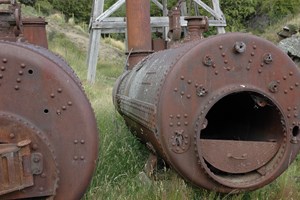 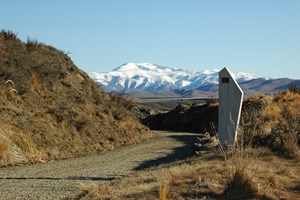 Highest point of the Rail Trail

On the top of the ridge you have conquered the highest point of the Rail Trail, at 618 metres above sea level. 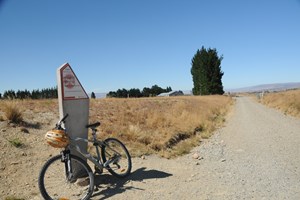 A good photo opportunity presents itself with the Wedderburn Goods Shed.  This magical building made famous by Grahame Sydney, never fails to please through a camera lens.