This farming town flourished when the railway opened in 1905

Omakau Railway Station was built in 1904 and was at one time NZ’s busiest stock loading stations. Rather than construct a bridge over the Manuherikia River to take the Otago Central Railway to already well-established Ophir 2.5km away, the Government decided to create a new railhead and settlement, naming it Omakau. Today a township of some 400 hundred and still growing, Omakau offers Rail Trailers a range of accommodation and food and refreshment options.

From the centre of Omakau, signs point to Ophir. Cycle or walk over the concrete bridge across the Manuherikia River to take the 2.5km tarseal road to Ophir or use the off-road trail.  After cycling or strolling down the main street with its many historic buildings follow the road to the Daniel O’Connell Suspension Bridge built in 1880. Continue until connecting with State Highway 85, turning right to cycle back to the centre of Omakau. Estimated total distance: 6km. 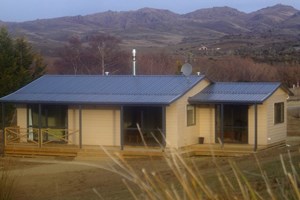 Tagged as: Self - Contained
Millfield Cottage is a new, fully self contained, 3 bedroom accommodation for rail trailers or casual visitors.
Long or short term stayers are welcome.
Rates:
$120 per night (2 adults) $50 for each adult thereafter,  $40 per child (up to age 14, adult price thereafter),  Preschoolers $30.Continental breakfast is included in the price.
more info 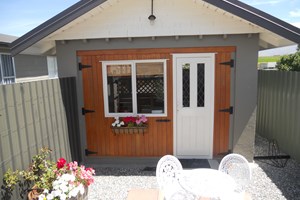 Tagged as: Motel, Self - Contained

The perfect location for your Rail Trail stop over in Omakau 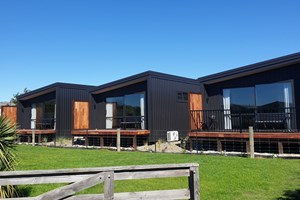 Tagged as: Bed & Breakfast, Self - Contained

Just metres from the Otago Rail Trail, come and relax at Schist Rock Lodge Take in the surrounding mountain views in one of our stylish 3 King Studios, complete with luxury furnishings & air conditioning, Ensuite bathroom with shower & a separate bath. Unlimited WiFi, private sundeck, perfect to unwind after a day on the Trail. 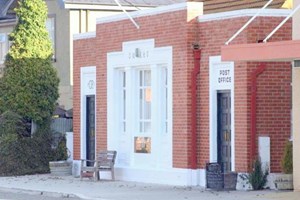 Tagged as: Self - Contained, Historic

If you're looking for space, some history or a great place for the family then the Omakau Bedpost just might have something for you.

$75/ person or $45 / child under 13yrs - no charge for toddlers if you are supplying own port-a-cot and bedding - Minimum booking is $225 (3 adults or 2 adults and 2 children). Continental breakfast provided. 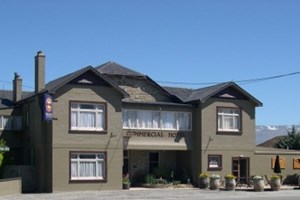 PROUD WINNER OF THE BEST COUNTRY HOTEL IN NZ 2016

Located just metres from the Otago Central Rail Trail, the Omakau Commercial Hotel was built in 1898 as Omakau’s first homestead then accommodation house for weary travellers. It is now an ideal stop for the new type of traveller that passes through Omakau –Rail Trailers, Curling Enthusiasts and visitors to the Central Otago area who can explore the area using the hotel as their base.

We have a variety of rooms to suit all budgets.

Rooms vary from $55 for a single room to yourself, or from $45 per person for a quad room with shared facilities.  Our Bunkroom is $35 per person - (minimum of 2 people).  Off peak group rates are also available. (June-Aug)  Please note pricing does not include breakfast. 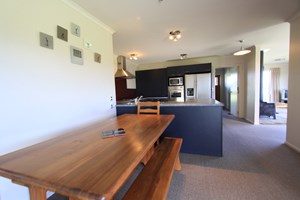 Tiger Hill Lodge is a stunning schist lodge on the Rail Trail at Omakau. It has 4 rooms with ensuite bathrooms. Each room has super king beds. Each of the rooms can also sleep two singles in twin beds if requested. Our lodge is opposite the golf course and enjoys beautiful mountain views.

$250 per room per night which includes continental breakfast and the use of the spa. 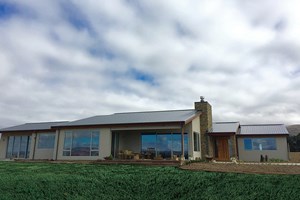 Matakanui Retreat is on a sheep and beef farm in the heart of the Manuherikia Valley with the Dunstan Ranges in the background. There are 2 rooms available with access to an outdoor BBQ area, spa bath, own section of the house and a shared living area. A new warm, sunny and homely farmstay - we look forward to hosting you.

The Hotel is available for any of your dining requirements, whether it is Breakfast, Lunch, Dinner or that special function – 364 days a year. They have a wonderful selection of Central Otago wines and Ales available from our bar to quench your thirst, and/or to compliment your meal. Ph: 03 447 3715 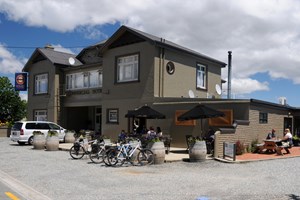 The Muddy Creek Café and Takeaways 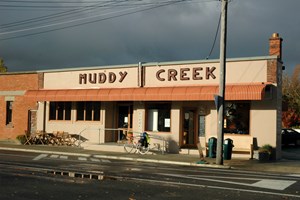 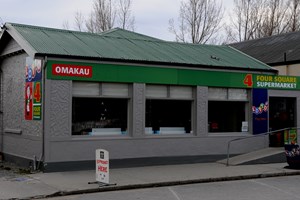 Cycling the Omakau-to-Ophir Circuit is a must-do! From the centre of Omakau you will clearly see a sign pointing to Ophir.  Cycle over the concrete bridge across the Manuherikia River.  Proceed for 2.5km to Ophir where you can cycle down the main street and see the many historic buildings before crossing the historic Daniel O’Connell Suspension Bridge. 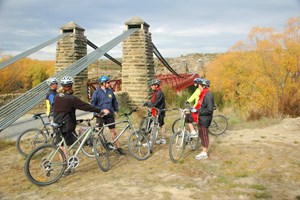 Take a look at the Old Stone Stable at the back of the Omakau Commercial Hotel.  Speights Brewery made the stables famous when it ran a TV commercial about the Beer Deerstalkers Ball. 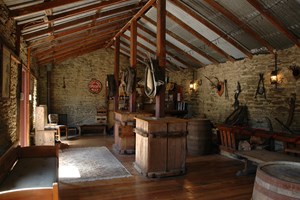 To the north on the hill is the grand Omakau Catholic Church. 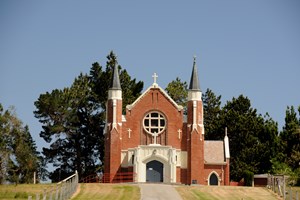 Omakau Golf Course is a 9 hole course which is set in quiet country surroundings with beautiful views. 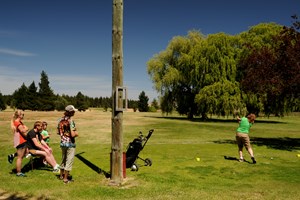 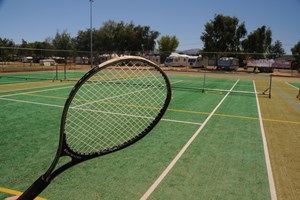 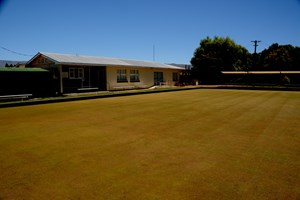 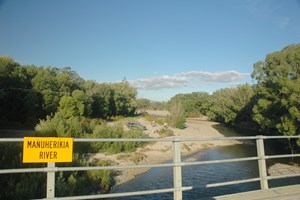 Fantastic family day of fun and excitement. There are some great trade stalls, wine and food section on the Pinot Paddock, speed shearing, live music, and a few other surprises.