Close to Waipiata and popular for swimming, fishing and kayaking is NZ's third longest river, the 318 km Taieri River

Originally called Lower Eweburn, the opening of the township’s first school saw the name changed to Waipiata, Maori for “glistening (or clear) water” referring to the nearby 318km Taieri River. The Waipiata train station was originally the disembarkation point for the 112 bed tuberculosis sanatorium.Quite literally in the middle of nowhere, this large, mainly brick complex was built in  built in 1920s near the Hamiltons gold diggings and long-disappeared township. After the sanatorium closed, it was a youth detention centre and is now the religious retreat ‘En Hakkore. Well worth visiting, the road carries on to the restored Hamiltons Cemetery offering spectacular Maniototo views then to Patearoa looping back to Waipiata.

In Waipitata the railway goods shed remains along with a number of historic buildings including the library, mud brick cottages, Presbyterian and Anglican churches, Waipiata Hotel and the former rabbit processing factory. 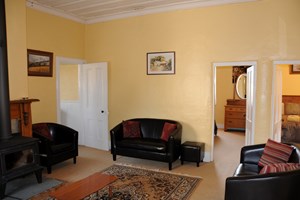 Tagged as: Self - Contained, Historic

Tregonninng cottage was built in 1880 of mud brick and schist. This quaint cottage still stands strong today with remaining features like the original H.E SHACKLOCK ORION No.1 coal range and the 5 foot 8 inches doors which lead to the three bed rooms.

All guests get a free continental breakfast each morning. 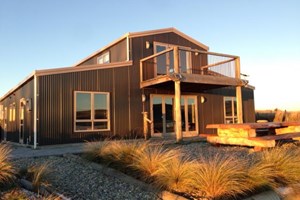 Aptly named after the prolific native grasses that dominate the Central Otago Landscape, Tussock Lodge was built in 2009 to cater for the growing demand for quality accommodation along the world famous Otago Central Rail Trail. 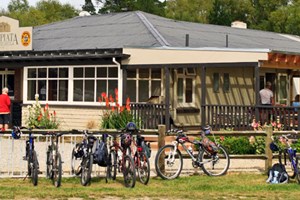 From $70 pp which includes a full continental breakfast.  Group rates are available. 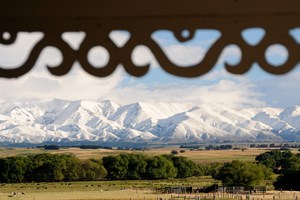 Enjoy the ambience of a historical homestead with spectacular views over the Maniototo plain & surrounding mountain ranges. Peter's Farm Lodge was built in 1882 of mud brick and volcanic rock.

All guests get a free continental breakfast each morning. 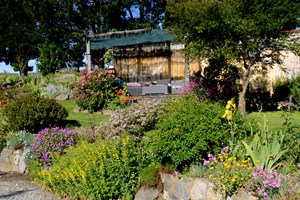 We have a 10 acre lifestyle block 1km on the Ranfurly side of Waipiata.
Our property borders the rail trail and is clearly signposted from the town of Waipiata and the Rail Trail.

Accommodation consists of a choice of 3 quaint rooms situated in the garden with shared guest kitchen, bathroom and toilet. 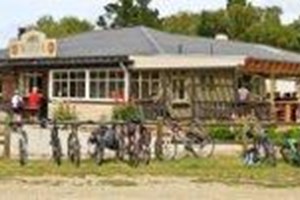 Grab a photo with the Waipiata man which is made of steel. 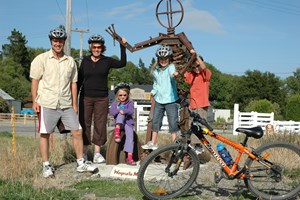 Cycle down the main street of Waipiata, which is only about 200 meters long. You will see one very small library, an original mud brick cottage, and two historical churches (one of which is made of the same rock as the Dunedin railway station). Both are now privately owned. 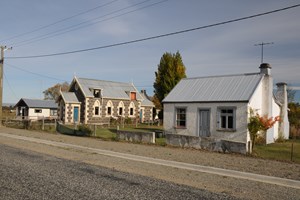 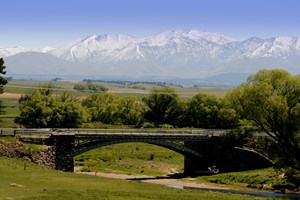 Drive to the building complex which is used to be Tuberculosis sanatorium located near the old gold mining town of Hamiltons at the eastern base of the Rock and Pillar range. This complex then became a Youth Centre and is now a Christian religious retreat called En Hakkore which is located about 7 km from Waipiata town. 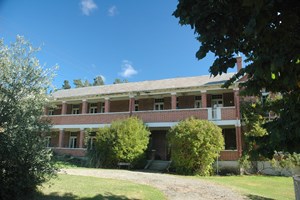 Drive past the religious retreat, En Hakkore, to find Hamilton’s diggings. Carry on driving and you will find the restored Hamilton’s Cemetery with its spectacular views. This road carries on to Patearoa where you can drive in a loop back on the bottom road to Waipiata. 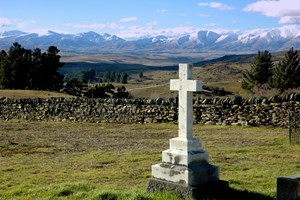 Swimming, Kayaking and Fishing at Waipiata

New Zealand’s third longest river, the 318km long Taeiri River, is close by and is popular for swimming, kayaking and fishing. 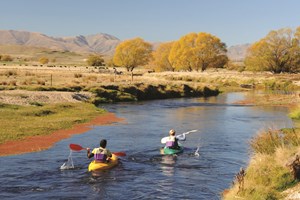 There are two tennis courts available for the general public to use. 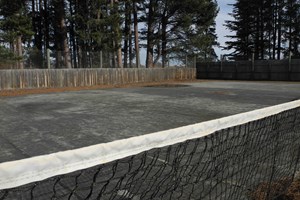 The remaining hubs for the local community are the bowling green and the Waipiata Hotel. 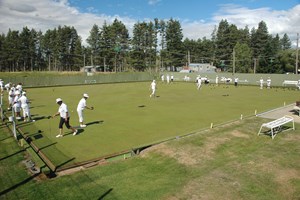 Two km’s past Waipiata towards Hyde is the only bridge over the Taieri River on the Trail. Freedom camping is permitted just past the bridge and toilets are provided. No fires. Contact DOC for further information.

Where : From Ranfurly head along Charlemont Street East, turn right on to Stafford Street then left onto Waipiata Road, turn left on to Barneys Lane, drive right to the end and turn right onto Waipiata-Naseby Road. Rodeo grounds are on the right. 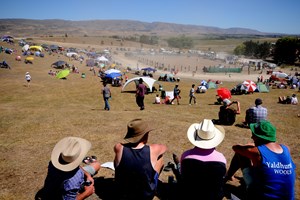