The impressive Kakanui Mountains to the east. 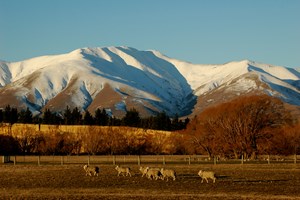 A remaining feature is the Red Dwarf Gangers Shed with a window to poke you head out of for a photo opportunity. 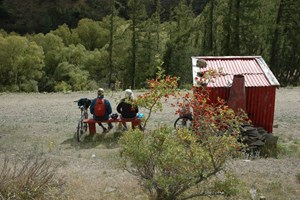 Cool off with a swim in the Taieri River. 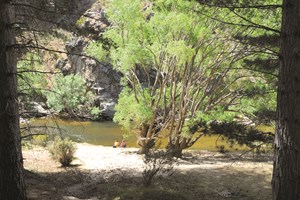 The Capburn Railway Bridge is 40 metres in length and 7 metres in height, still has its original sleepers and railway lines. 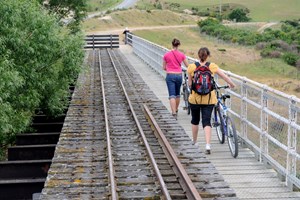 The Viaduct is is 91 metres long and 32 metres high, made of steel and concrete construction and is one of the last structures to be built on the Rail Trail.

The Hyde Tunnel at 151 metres long and slightly curved. 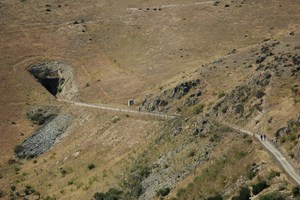 Approaching the Hyde Tunnel there is a new walkway which leads down to the Taieri River to see the Hyde diversion tunnel created for gold mining.

Early European miners peppered the Taieri river with gold and then on sold the mining rights to some Chinese gold miners who were led to believe it was a substantial claim. The Chinese gold miners built a tunnel to divert the river and make it easier to mine the gold. Whilst the diversion tunnel was laboriously and successfully constructed to the Chinese miners dismay the effort was in vain when the “planted” gold ran out shortly afterwards. 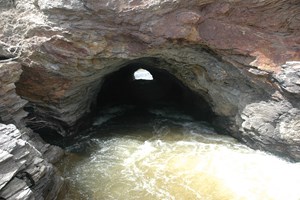